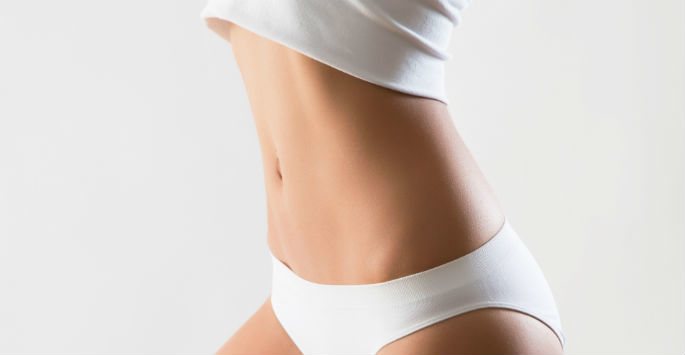 Would you believe that children eating popsicles at a hospital actually led to one of the biggest advancements in non-surgical fat removal? Well, this is exactly how CoolSculpting® came about. The story is actually pretty interesting.

It all started a couple years ago at the University of Harvard. A couple of scientists were examining children who were in the hospital for different infirmities. Over time, the scientists realized that certain children were developing dimples in their face, but only on one side. Of course, this piqued their curiosity.

Over the course of a few months, they monitored the behavior of these children. They noticed that all of these children were given multiple popsicles throughout the day, and they would hold their popsicles in their mouth on one side or the other. The result was that the cold from the popsicle was freezing and eliminating pockets of fat cells. That’s why these children had dimples.

Well, being scientists, these men started to think, what would happen if this same principle was applied to other fat cells in the body? Could cold target fat cells, but not damage the surrounding skin? The answer was yes. This led to the science that CoolSculpting® is based on.

CoolSculpting® is a safe, precise, controlled and effective way to eliminate fat. To be clear, CoolSculpting® is not a weight loss procedure. It’s not designed to take a person who is morbidly obese and shrink them down to a healthier size. Instead, CoolSculpting® delivers precise and controlled cooling to produce gentle effects. The targeted fat cells are frozen and they die. In time, the fat is eliminated through the body’s natural waste removal process. As a result, a person is left with a more sculpted body.

This has been a lifesaver for so many people. Many of us have stubborn pockets of fat that we just can’t get rid of regardless of how much we diet and regardless of how hard we exercise. CoolSculpting® technology uses controlled cooling to only kill the fat cells that you want to remove.

CoolSculpting® has not only been approved by the FDA, but it has also been shown time and time again to be safe and effective. A clinical study was done of over 5,500 people, and the results were amazing.

With CoolSculpting®, the science is proven, the technology is effective and the results are amazing. Who would’ve thought that something as simple as giving children popsicles would revolutionize the way that the world looks at non-surgical fat removal?

To get all the facts about CoolSculpting®, make an appointment at Estetika Skin & Laser Specialists, with offices in Delafield, WI and Milwaukee, WI. Contact us today to schedule a consultation and get started!